I’ve had this picture up on my Work Wall for over a year now. (More about the Work Wall another day) It’s from Readymade magazine, a really cool magazine for hip DIY-ers. I am not a hip DIY-er, but sometimes I would like to be, so I live vicariously through reading Readymade.

Here’s a close-up of the text because it’s kind of small in the big picture:

Why has it been on my WW for over a year, and is even at eye level so I can glance at it all the time?

I think it gives me hope. Maybe I even seeÂ God qualities in the man who rescued it. He saw that this chair – despite being practically destroyed – had amazing potential to be beautiful and special. Not only that, “It deserved better.”Â The chair had been abused – drawn on, the backing was ripped, and hadn’t been taken care of at all.Â I envision it living in a house with a pack of undisciplined children and dogs. But its beauty wasÂ still visible to someone who couldÂ look beyond theÂ flaws. Â

There are glimpses of eternal significance in this little story. Looking past our friends’, co-workers’, and family members’ flaws to see the true beauty within….even being willing to modify our idea of what beauty is….and resting in the fact that there is Someone who loves us, rescues us, and cleans us up when we’ve been abused or neglected. Then He turns us into something amazing: His artwork.

Steve and I went to a Fernando Ortega concert tonight at Taylor (nice, peaceful inspirational music. And a darn funny storyteller.) It was parent’s weekend, so it didn’t feel weird at all that we didn’t have parents with us. Ah, the joys of being MKs.

One of his songs was “Mi Abuelito” which means “my grandfather” in Spanish. The cool thing about Fernando’s music is that he uses pictures in the songs to convey meaning. In this song, you could really see his grandfather, as he lived on this one mountain, sang old songs, etc. It also is a goodbye song, as well, as he and his family buried his grandfather on that mountain. Anyways, I started thinking about my Grandpa Crane, who passed away three years ago this month. And naturally, I might have gotten a little teary. Grandpa was incredibly loving, kind, gentle – just a wonderful man. I remembered that while Mom and Dad were in the US taking care of him and Grandma, Dad spent a lot of time scanning old family pictures into his computer, and he gave copies to all of us.

When I got home from the concert, I started looking through them, and as the memories came flooding back, I decided to post a few. So, Dad, thanks for these…. 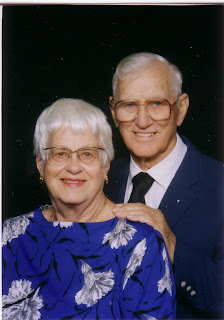 This is one of my favorites of my grandparents. They lived on a hay farm just outside Lansing, Michigan, that had been in the family since the 1870’s. Their farm was a haven for my family – a safe place that was always there for us to go to first as soon as we got to the US. 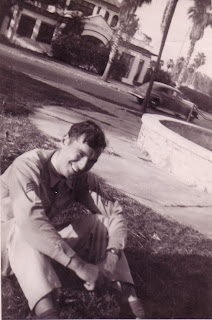 Grandpa was a flight instructor during WWII. He and Grandma got married in 1944, at the military base where he was stationed in Florida. (Wasn’t he cute?!) 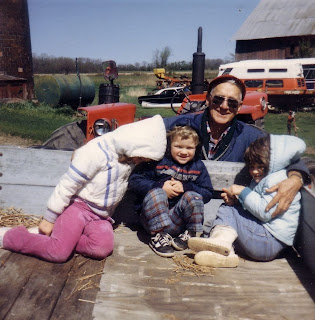 And I wanted to have one of Grandpa with the three of us on the farm. I’m the one all scrunched up on the right.

Grandpa was just shy of his 89th birthday when he passed away. Grandma had died the year before, and they had been married for 60 years. They always loved being together – even towards the end of Grandma’s life, she still made it clear she wanted to be where he was. I loved them both very much, and I still miss them. So, thanks, Fernando Ortega, for helping me remember.